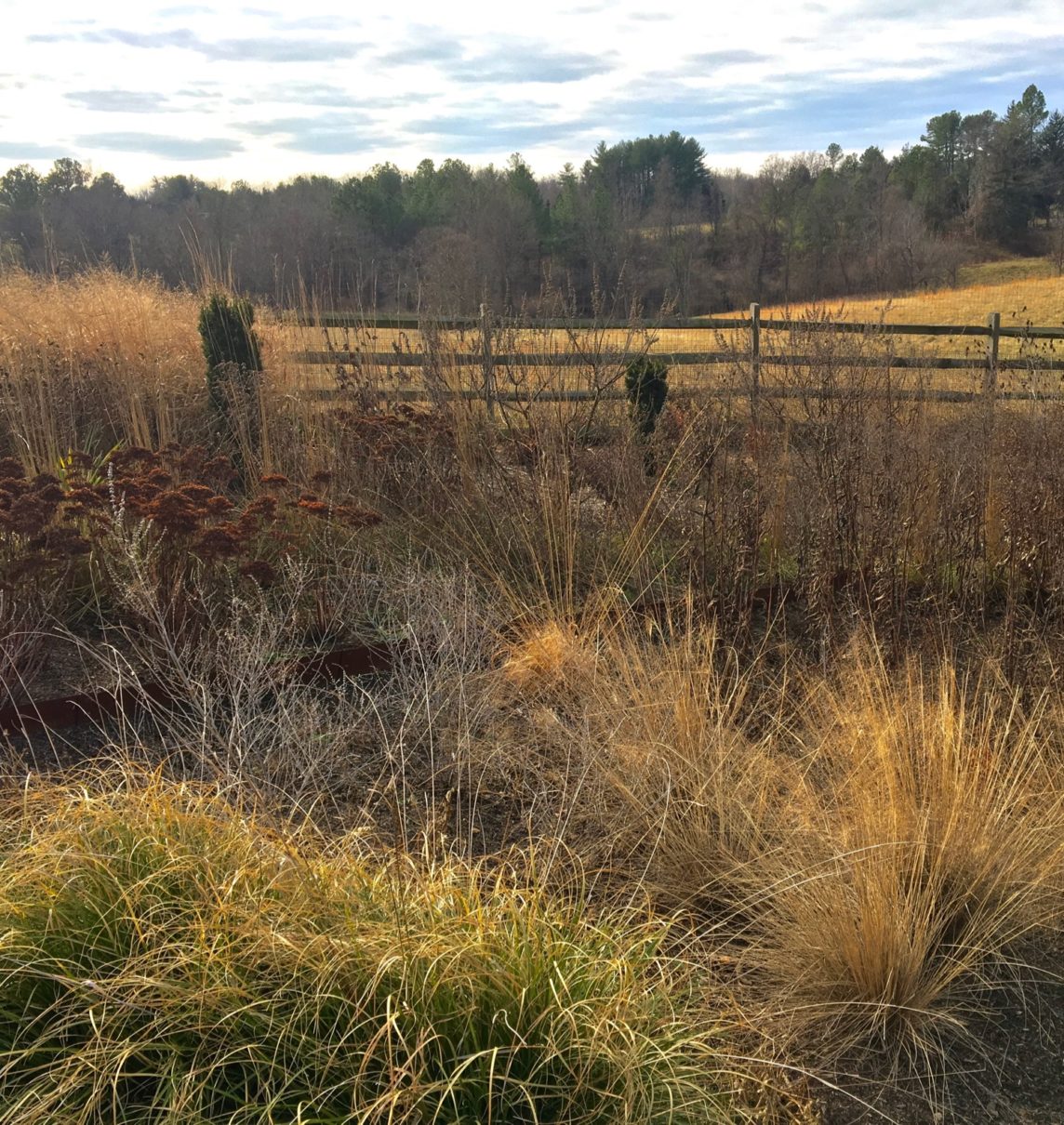 I’d be lying if I said I pick plants for my garden based on how they look when dead. Although I appreciate a strong silhouette and a crisp line, I’m a color lover to the core.  Few things make me happier than walking into a garden filled with flowers in every hue.

But as the world-renowned landscape designer Piet Oudolf has observed, brown is a color too. And as I’ve gotten more involved in perennial gardening over the years, I’ve come to appreciate the more subtle colors of the dormant perennial garden, whether it’s the near-black of dried Echinacea (coneflower) or the pale tan of faded Panicum (switchgrass). 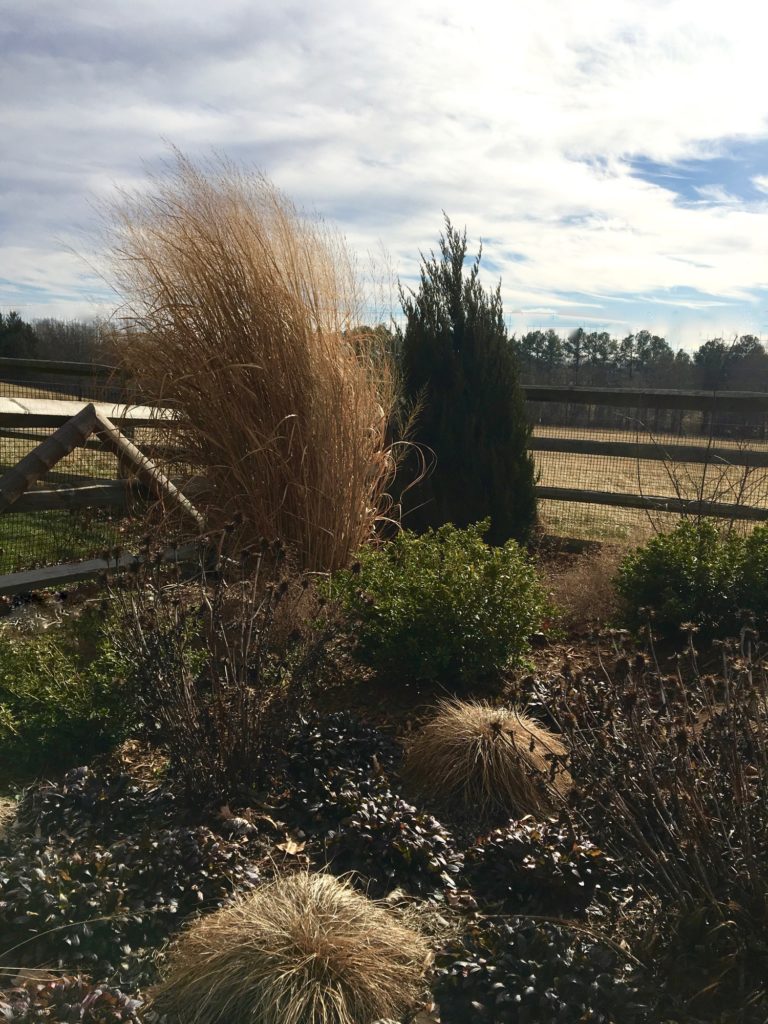 In part, the dried foliage reminds me that I don’t actually have to do anything in the garden other than enjoy the nip in the air and wait for spring. But I also enjoy the high contrast created between the lighter foliage and the darker elements in my garden, such as hollies and conifers.

Artists will tell you that changes in value (how light or dark something is) are more important to the success of a painting than the colors used. That’s because value changes create real contrast and help draw the eye to focal points. Think of any painting by the Italian Baroque painter Michelangelo Caravaggio and you’ll get the idea.  (Come to think of it, he also used a lot of browns.)

During the growing season, when everything is lush and green, dramatic value changes are harder to come by. It’s one of the reasons it’s easier to get a great photo of your garden at sunrise or sunset, when the dark values of long shadows create interesting contrast. But in winter, Mother Nature helps things along by giving us those washed out greys and browns to contrast with the deep greens.

Of course, to enjoy that beauty, you have to actually leave some of your perennials standing during the winter months. This can be a hard concept for homeowners in the DC area (and likely elsewhere) to swallow. We have a pretty manicured aesthetic here, and I think a lot of people just aren’t comfortable if things aren’t good and tidied up for the winter: the last fallen leaf removed, the perennials and grasses cut back to the ground and the ever-present mulch replenished.

Don’t get me wrong. I believe in tidying things up for winter too. But my standards have become a lot looser over time.

My go-to plan is to pull out the annuals, rake out any large leaves from the beds and get rid of any weeds. (To be honest, just this part of the process can take me well into winter.)  Once I’ve gotten rid of that clutter, I can then judiciously edit what remains.

The ornamental grasses and architectural plants like Rudbeckia maxima (giant coneflower), Eryngium yuccafolium (rattlesnake master), and Sedum spectabile (stonecrop) are all no-brainers: they’ll remain standing until spring. And I’ve learned the hard way not to touch my woody perennials, such as Perovskia atriplicifolia (Russian sage) and Lavandula x intermedia (lavender), until spring.  On the other end of the spectrum, perennials that age into an amorphous blob (like my Nepeta faassenii (catmint)) are among the first to go. And perennials in between generally get the chop (or not) depending on how bad (or good) they happen to look when I’m doing the clean-up.

Playing around with dead foliage gives me a chance to engage in a little artistry during these cold winter months.  I’m no Caravaggio — but drawing some lessons from his masterpieces might make me a better gardener. 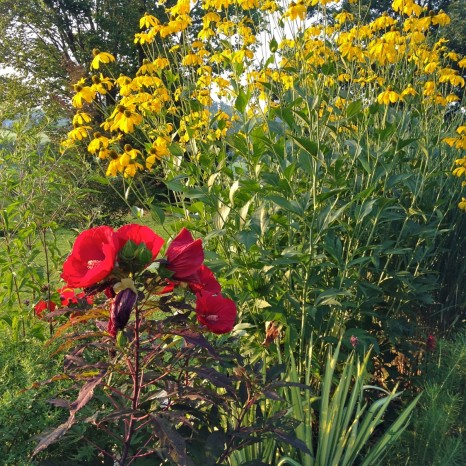 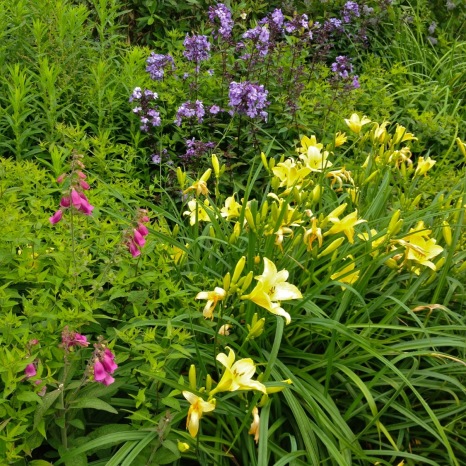 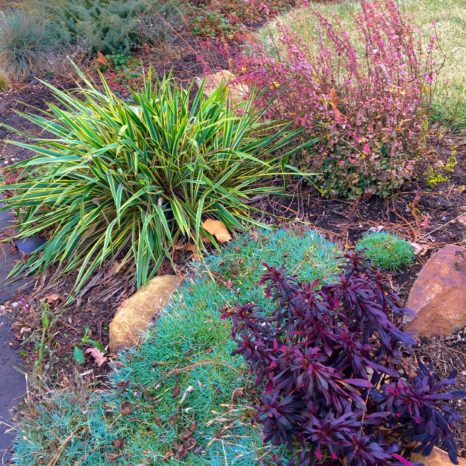 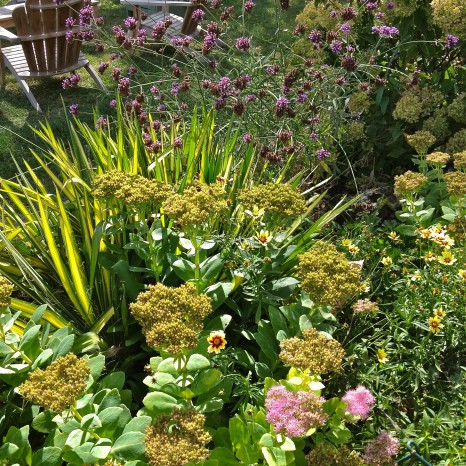 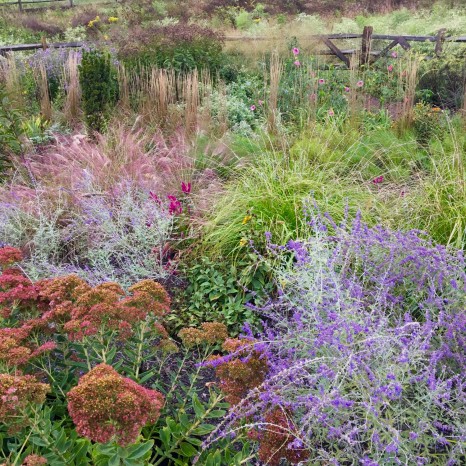 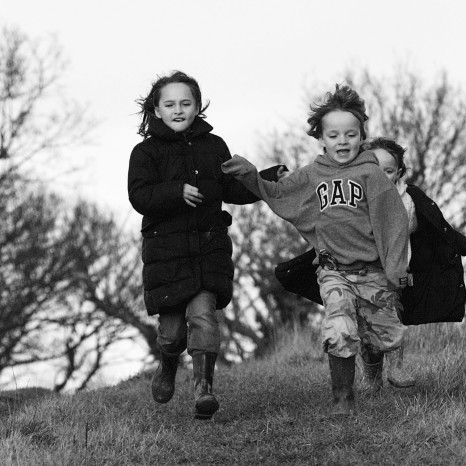