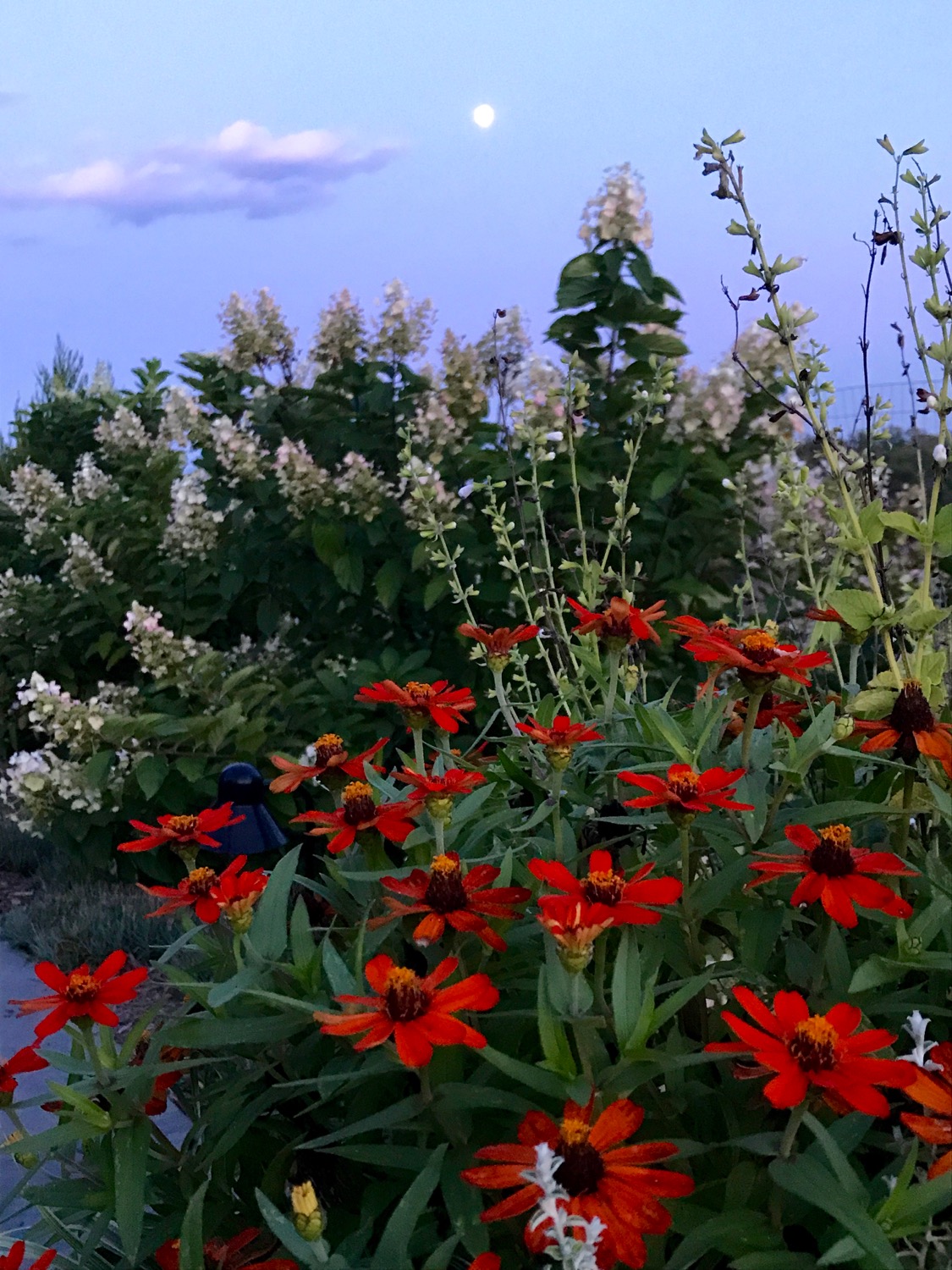 Up Close and Personal

Among many other things, I wish I were a better landscape photographer. I’m surrounded by gardens but find it pretty hard to take a photo that really captures what it’s like to be in them.

Thankfully, I have friends who are nice photographers, including my dear friend Ken. Ken recently came over for a casual Labor Day celebration and whipped up some of his killer Mojitos. Just as the sun was sinking below the horizon (and dinner was about to be served), he wandered off with a Mojito in one hand and his iPhone in the other. It was getting dark and we were getting hungry. But as we were debating whether to send out a search party, Ken returned to base camp with some lovely photos of my garden on his phone.

After admiring them for a while, I realized Ken had taught me two good lessons about garden photography.

First, his pictures show that you don’t need to photograph the sweep of a garden to capture its essence. I usually try to cram as many plants as possible into my pictures in hopes of conveying a fully immersive experience. But by always taking the broad view, I’m missing the smaller moments that give a garden its intimate charm. Ken’s close-ups do the trick even though just a few plants are highlighted in each.

Second, I was amazed at how rich Ken’s photos are even though they were taken after sunset, when the light was very low. I know enough not to take photos in the middle of the day when the sun is high overhead. So I tend to wander through the garden with my camera either early in the morning or in the late afternoon. But even then, my photos rarely capture the glimmering light and I’m usually disappointed.

Ken wisely waited until the sun had just set. The light was gentle and warm – and his photos are lush and luminous. 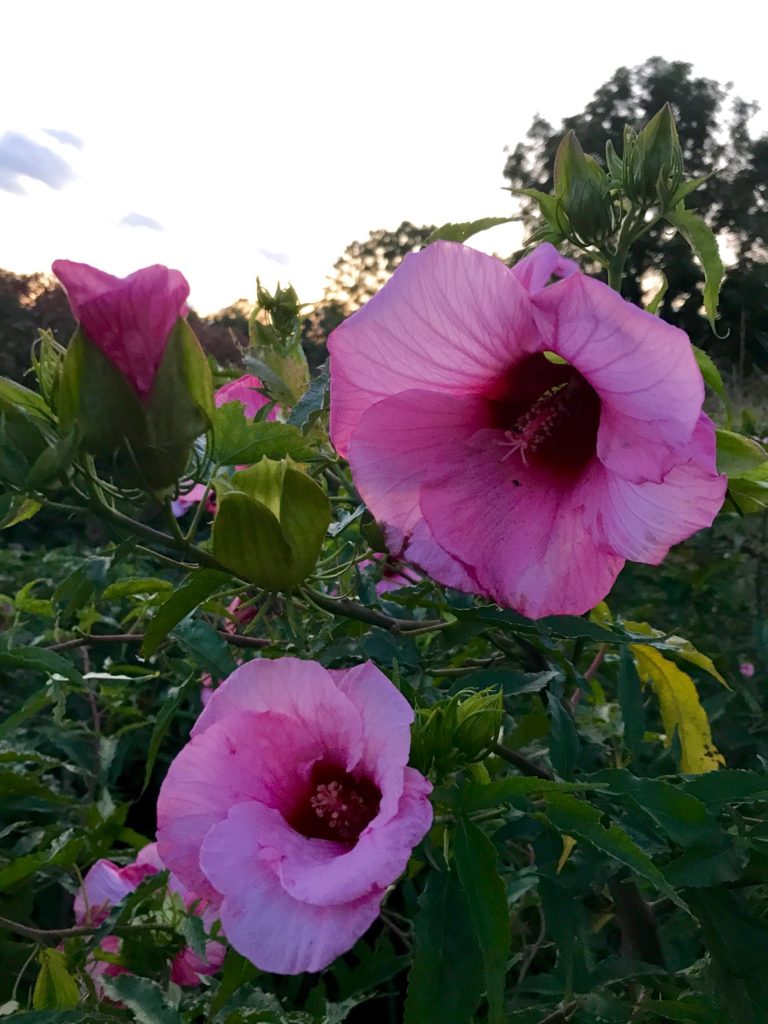 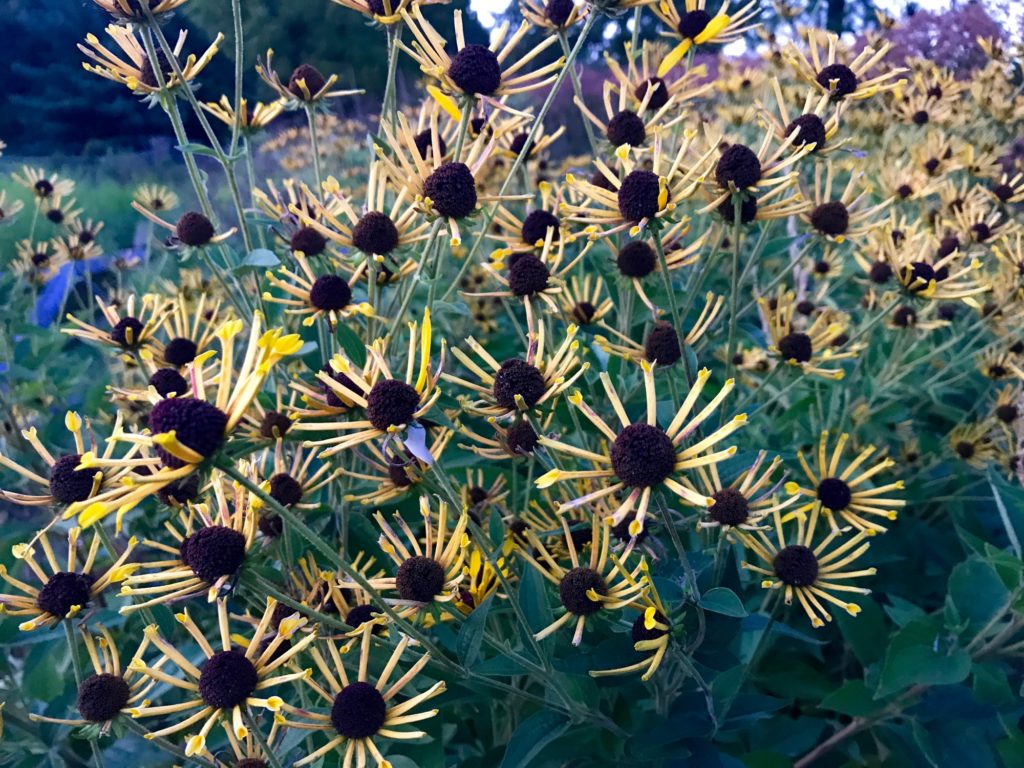 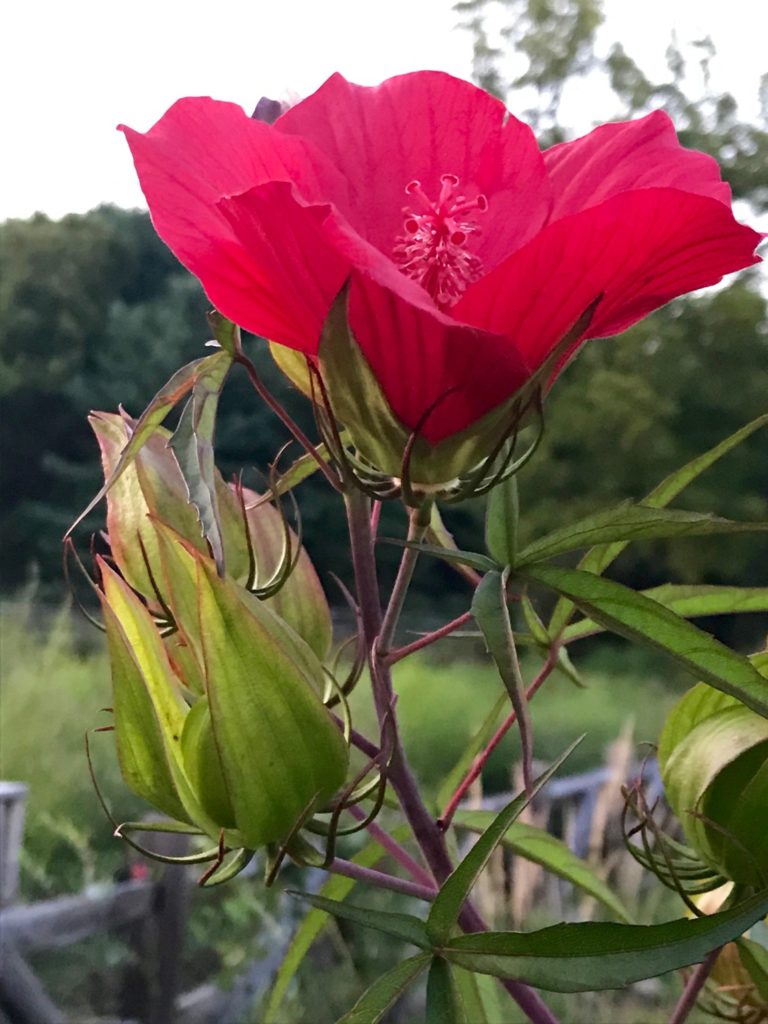 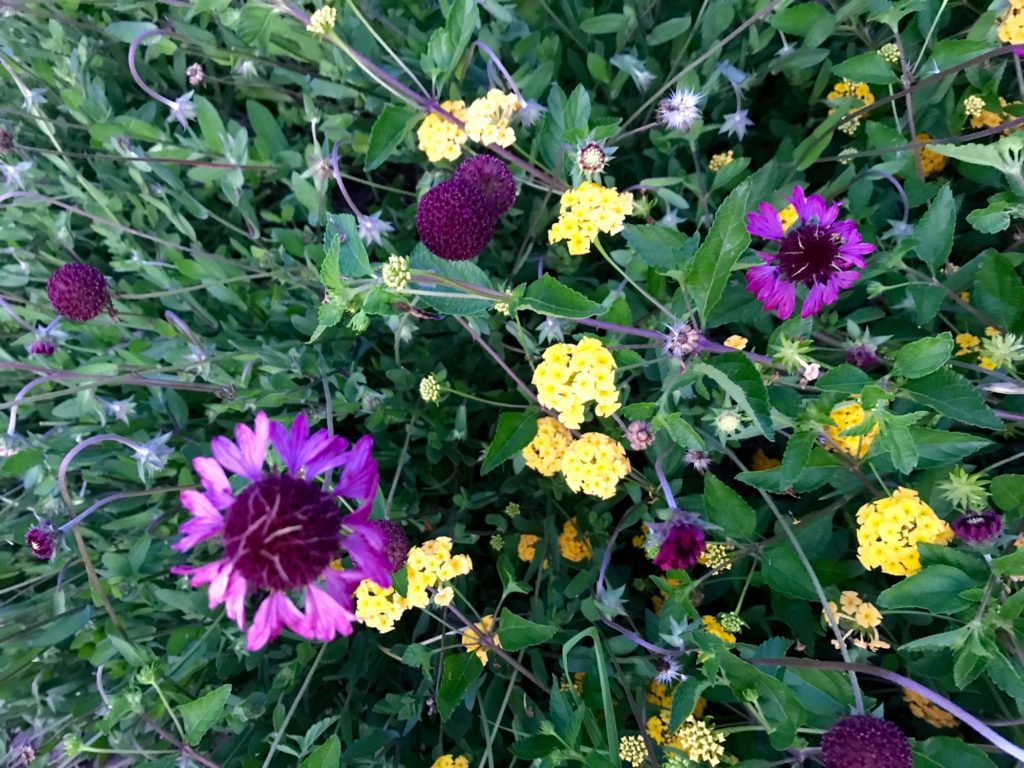 Maybe one day I’ll get it together and will actually learn what it takes to be a good landscape photographer. But my strategy in the meantime is to keep asking Ken over for dinner – especially during the growing season.

All photographs courtesy of Ken Howard (reprinted with permission)